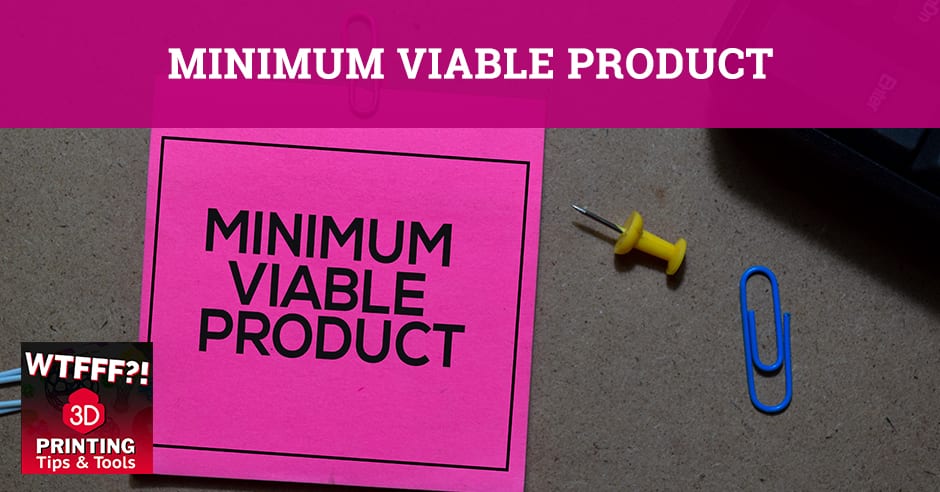 So you’ve heard about minimum viable product, but what about the value? In this Ask Us Anything segment, Tom and Tracy Hazzard introduce their idea of minimum value and its role in a product’s launch. Go from overloading features to making an emotional connection with your product by adding value for the consumers.

We’re at CEO Space Conference. We’d like to talk about some of the topics that led us there as well as in general, some topics that entrepreneurs have to deal with. I’m hoping that we meet a lot of people there and they happen to be entrepreneurs and want to check out our show.

It’s the nature of a lot of people involved in 3D printing because it’s new. They’re either entrepreneurs in their own right or within the companies they work for. 3D printing is something new either to do in business or to consider augmenting your existing business.

One hot topic in the entrepreneur or solopreneur, whatever you want to call yourself. The solopreneurs are when you’re all alone doing it.

We don’t recommend but it happens.

That’s why if you are a solopreneur, you might want to check out our episode where we’re going to talk about masterminds, mentors and investors. You might need all those people if you’re trying to do it all on your own.

That’s going to be a good episode.

The minimum viable product is a hot topic that I want to talk about.

It is a buzz phrase that you hear a lot.

Minimum viable product come out of the software world. It means you take it down and you analyze exactly what your product needs so that it matches with your competitors and everything like that. Maybe you add one thing more, whatever that is, but you don’t over feature something.

It’s about balancing and creating the right product with the minimum amount of resources so you don’t overspend.

It’s about the features that are in a product. That’s how this is put. You do the minimum amount of features you can get away with to launch your beta version, and then you add features later as things are tested and approved. I think it’s a mistake in one little way because it should be a minimum valuable product. If you don’t keep the essence and you don’t understand from that competitive analysis you did, that made you decide what the minimum viable features were. If you don’t decide what’s going to give you your edge and you don’t embed that from day one, you’re going to have a problem.

You’re going to have an average product. You’re talking about entering a market with a new product and you need to differentiate yourself. It may not be in a feature as you were saying, but a lot of products needs to be different in how it looks. It’s got to attract.

It could be a feature. It could be a service that it provides. You have to evaluate it based on what you’re making or what it is. I’m all for not over featuring things. We encumber things with things that don’t mean anything to the consumer. It happens all the time at retail. When we design a product one year and the next year they go, “Let’s add a new feature. There’s no reason to do that.”

They want to be able to tell the store buyers, “It has more than it did last year and it’s the same price, so that’s better.”

Minimum Viable Product: Minimum viable product is about balancing and creating the right product with the minimum amount of resources so you don’t overspend.

That is a horrible thing because eventually, you get to the point where you can’t afford it anymore. That’s what happens when you start burdening things with too many features to begin with. When are you going to strip them out? You can never and sometimes, that makes an overcomplicated consumer view of your product offering. In this case, you have to dial into what’s special and most differentiated about what your offering is. Whether that’s your service. It’s your value proposition. That’s why I want to call it the minimum value proposition. What’s that value proposition? When you give in your song and dance pitch, what is the most important there?

You need to know this as an entrepreneur. You need to be on top of this. This is critical to your business.

A lot of people are out there wanting to build something. We get a lot of inventors and entrepreneurs who want to sell their items on Amazon. They’re going over using Alibaba and all of these things and dialing in and going and sourcing something and bringing it in. The problem with doing that is you haven’t added anything special.

You haven’t added any value.

You must figure out what that special is and you must figure out how valuable it is because you need to know, can I charge more for this? Am I going to be able to attract attention away from the other products that exist out there with this? Almost everyone who practices this minimum viable product around is practicing it as a product that is one upping the next or feature comparison or doing the same thing but maybe a foreign niche group. You are building off an audience that already exists somewhere else and you have to transfer them to you. If you’re trying to build traffic from nowhere, you got a lot more money, you better be spending somewhere else. It’s harder that way.

Marketing and all that crap.

You’re going to have to throw a lot of money there if you’ve got something that has no competition out there. People and inventors say, “There’s no competition.” We don’t swear on this show because we don’t want to get that rating here but that is the one that I would start swearing over. That’s the one we need a little beat for. That is bull and it doesn’t exist out there. There is always a competitor. You’re always competing for someone’s attention from somebody else.

There’s always a choice a consumer can make whether you have direct competition or not.

A minimum viable product is a great thing to be working on, but we’re saying, “Let’s not forget the value in this proposition, minimum valuable product as well.”

If you don’t know how to determine that, that’s an eye-opener. That’s where you have to start doing your research and talking to other people. You have to get out there and start trying to do that pitch too. That’s where you can use your mentors and your mastermind groups and everything. You need to get people to say what they don’t like or what their objection is or why they wouldn’t buy it, for you to understand how to overcome that, to provide the feature that makes them desire it. Sometimes it’s ascetic.

We’re product people and we’re designers. We’ve made our entire careers on making that emotional connection with the consumer.

It’s hard to set a value at that. Often, when you put in your business plan, you skip that. You say, “I don’t need to hire a designer. I’ll hire a designer later,” or “I’ll hire this guy out of college.” That’s fine. You can do all of that and it may still work, but there’s a lot of risk involved in that where you’re going to add that value. It’s worth money to get the right look because you may only get one shot at this. We always say that with the product launch, you may get one opportunity to make a mistake. With a business, there might be 2 or 3 things that you can make a mistake on that compound and then you fail. With products, you may never have a second chance.

It depends on what the distribution channel is.

I hope that helps you guys out there. If you have something you want to talk to us about what’s valuable in your business, we’d love to hear it.

If you’re working on a product or service within 3D printing industry especially, serve it up and we’ll be happy to help and discuss it with you.

We always are up for mini-mentorships, not a big one. If you’re not our contest winner.

You can reach us in any number of ways. Go to HazzDesign.com and you can send us a voicemail or an email and you can find us anywhere on social media @HazzDesign.