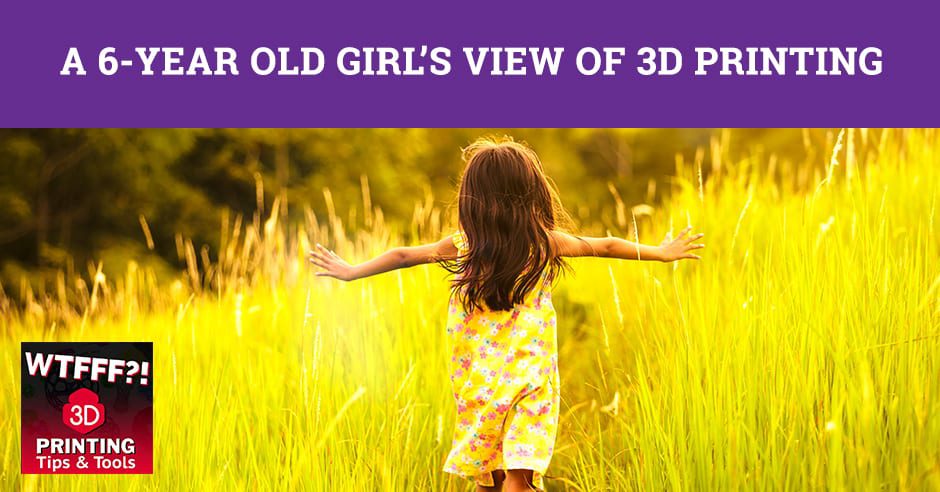 The future of 3D printing lies in the upcoming generation. However, just as much as we like to say this line, how does it actually fare to the very people we are relying on? In this special interview, Tom Hazzard and Tracy Hazzard check in with their six-year-old daughter, Lannea Hazzard, to learn about her view of 3D printing. Lannea has been practicing and trying out 3D printing. She shares the things she has been making and how much she is enjoying the process. Tom and Tracy then reflect on how they are supporting and guiding Lannea in her 3D printing projects.

This is usually our Ask Us Anything segment, but we have a different short subject in this episode.

We thought we’d check in with our daughter, Lannea, who is six years old. She has been practicing, trying 3D printing.

Let’s get to your little discussion with Lannea and then we’ll talk about it after.

I’m with Lannea. We’re going to talk a little bit about how much fun you had 3D printing. Tell everybody what you did.

I 3D printed a crown.

How did you make it?

I put a little ring and then numbers and shapes on it.

What happened the first time you printed it?

I accidentally made a bracelet.

It was too small. It didn’t end up being a crown. What happened the second time?

The second time, it was too big. I made it a bracelet because it fit me. It was too big for my dolls.

It was supposed to be a crown for your doll?

What happened was, we thought that the letters and everything should be sideways because it was all flat. Were we able to make that happen?

At first, no. Second, we found out how.

We figured out how. It wasn’t quite as easy as we thought it was to manipulate it on the computer and change the direction of everything. What happened? Did it print?

What color did you print it in?

We first printed it in a light blue and then did we do purple?

It was hard to pick out a color, wasn’t it?

There were many colors. It was hard to choose.

Were they pretty enough for you? 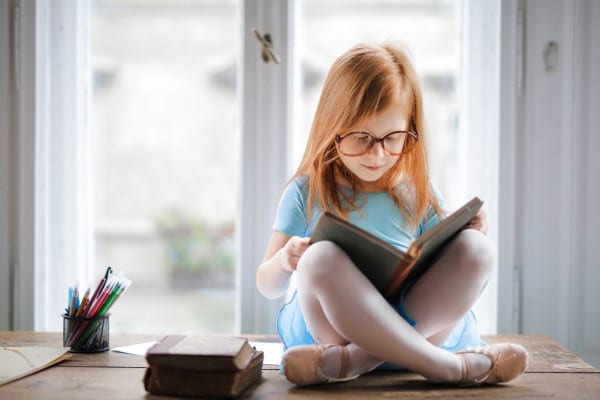 View Of 3D Printing: If your child is not interested in 3D printing, you’re going to lose their interest quickly because it’s still difficult.

What color are we going to do next time?

What should we make next?

We’ll make some more jewelry. What did you think though? Was it fun? Did it take too long? Was it hard?

Was it hard to learn though?

It was still a little hard?

What was the hardest part?

Was it maybe learning how to use the computer part?

Yeah, that was difficult.

Tell everybody how old you are, Lannea.

You’re a six and a few months. You’re not quite six and a half, but close. What grade are you in?

You can read, right?

Make sure you give yourself enough time to learn 3D printing. Don't have high expectations of how easy this is. Click To Tweet

You can do math?

Is that your favorite subject?

You’re in a family of artists who love art.

We’re going to keep posting up pictures of what you make. Let’s keep doing it because everybody wants to know how you’re doing and how you’re learning.

Thanks for being on the show, Lannea.

Those were typical six-year-old responses to everything. We’re lucky she spoke in a big girl’s voice.

We’re lucky we got her to talk into the microphone.

She liked it. She’s having fun. The biggest problem for us is that there’s not enough time for us to devote to helping her. It’s not a self-directed thing.

Once we get her started on the computer and logged in to Tinkercad, which is what she’s using, she’s okay going and exploring and figuring it out on her own. She’s learned how to do that in Tinkercad, but she does have questions. She needs to keep asking us so we need to help her with it.

At this young age, maybe a couple of years older and it wouldn’t be a problem at all. At six years old, it’s not a self-directed activity. You have to be working with your parents on it. The biggest problem is, she can’t get the form and structure of what it is she wants to make. That would be much better. Instead of giving her a cylinder, donut, it doesn’t help.

Give me a crown so that I can embellish it, whatever it is that she wants. That’s where the content part of something is still falling apart.

My personal feeling on it is that that’s more of an issue for adults or even older adolescents who are getting into it now, who might want to do something and might get frustrated if they’re not into learning CAD. At this age, at our six-year-olds age, in time, she won’t think, “I want to start with a crown-like shape.” She’ll know how to go and make it.

It would be much more satisfying. This is the point that I make all the time. When you’re learning how to do it, you still want something to come out of the machine and look good. You need to have something that gives you that self-satisfied, “I printed something successfully.” It needs to be something that you’re interested in and not some gadget, gizmo, tchotchke that’s not related to you personally for your age group, not for your gender, whatever it is. That’s where it falls apart with guiding them through it. If she doesn’t immediately adapt to CAD, which in our daughter’s particular case, she is interested in it, if your child wasn’t, you’re going to lose their interest quickly because it’s still difficult. It’s still frustrating to build what it is that you want to build. Embellishing it? No problem. Writing text on it, adding a star, a heart, or whatever to it, that’s no problem. That’s in the system. Building that raw form is the part that’s the problem.

It’s what she’s going to need to learn over time to do. You’re right. She is interested enough in it. She will learn how to do that over time. She’s that type of person, but maybe everyone is not. She certainly enjoys working with the machine. She wanted to take it out of the machine herself.

Deciding the color, she talked about that. That’s fun and that’s the exciting part. You have to give them ways at which they can be ready to build something, ready to put it onto the printer. More ways to do that would be more helpful, especially at this young age. That’s where XYZ still falls apart and all of the printer companies who are offering their products out there without considering the content, it’s a problem.

It seems that all those companies can handle to develop their machine and their software interface. Once that’s done, they’re not going to spend money and time at the same time developing content. Once that’s done, what do they want to do? They want to get that machine out there and start selling it, recoup some of their investment.

It’s a shortsighted thing because what happens is that when you aren’t satisfied, you quit. That’s the point of trying to keep children engaged, trying to keep people who buy the machine not to stick the thing on eBay after 30 days. That’s why we keep saying on our podcast many times, make sure you give yourself enough time to learn. Don’t have high expectations of how easy this is. It’s not easy. It’s worth it. It’s not easy. That’s where a printer company, a software company, these companies could be helping people by building better content, professional content. I keep wanting to say that over and over again until I drill it into their heads, professional, shoppable content.

I honestly don’t have great faith that any one of those existing companies is going to see the light and jump in and put a dedicated effort to create that.

That’s why we’re here, hopefully giving them a little kick and a nudge and trying to get them to think that way because that is the way it’s going to change. Also, maybe someone out there, some readers out there, we’re inspiring you to do better content to help the market. Anyway, that was our little checking with Lannea. She had a lot of fun doing it. You can see it on the smile on her face when she was working on the computer. She felt like such a big girl. That’s a great thing. Also, she doesn’t realize when I asked her in the interview whether she likes math or science. She likes math, but she doesn’t like science. She doesn’t realize she’s getting all of it at once. That’s the best part about 3D printing, you get all of it at once and you don’t even realize that you’re having a good time. If you have any stories to share with us about your kids learning to 3D print, we’d love to share it and hear it.

That would be great. There’s got to be other people doing it with their kids.

If you’re a teacher or a school and you have something, please let us help you push out your kids’ projects. We’d love to see them. We’ll push them out on Instagram, through our website as well. A reminder, we’ve moved the website.

It’s still being tweaked and added to over time, but it’s legitimate and it’s there as a resource for all of you and that’s where the podcast is now located.

If you go to the old website, there are links to get you to the new one. You won’t get lost.

We look forward to hearing from you and seeing your work as well. Drop us a line anywhere.