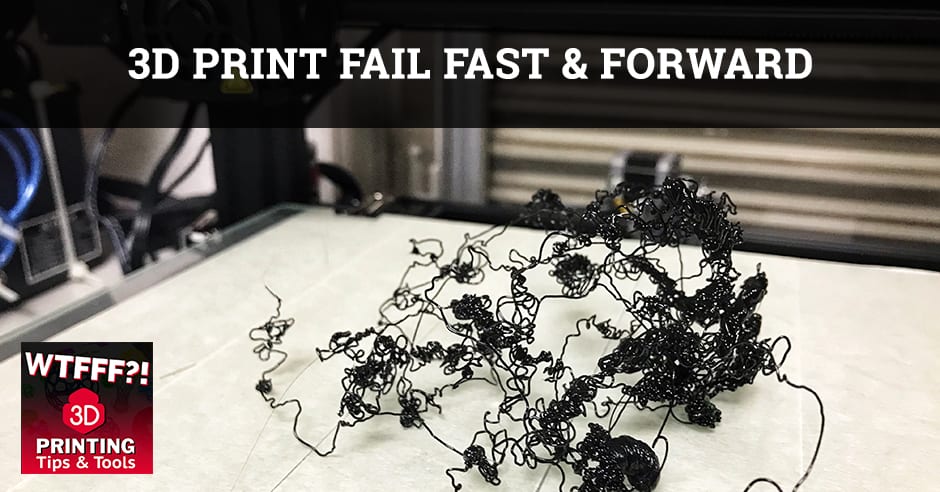 It used to be that failing is often frowned upon and isn’t a concept that people tend to embrace. In modern industries, including 3D printing, people acknowledged that the strategy to fail fast and forward can be advantageous if done correctly with a realistic and achievable process. Tom and Tracy Hazzard explain why this is a great method to reduce cost and material waste. They also share some tips on how it’s being applied by different people and how you can do it yourself in an easy and practical manner, explaining why this behavior is needed in the industry of 3D printing.

There have been many questions about a lot of 3D hubs types of people, people who have services and they are frustrated by the prototype failure rate, which is high.

It’s hard for them to press their services because they don’t know how many times they’re going to fail before they succeed on a certain print.

They’re getting a lot of feedback that’s negative from people who submit their file and then it does fail, it doesn’t work and then it looks badly on them. There’s a reset that we need to do a little bit with understanding how that works. There’s not a question particularly, but hopefully we can talk about that. We’re of the great opinion that you should fail fast. 3D printing, you should fail fast and forward. It’s the same thing with prototyping. Prototyping and/or tooling for things is extremely expensive. The most important thing you could do is fail in the cheapest method possible.

As fast as possible.

The more time you spend engineering and designing and doing all of that, the more money you’ve spent because at the time, there’s money in that particular case. You have to think about that in the process. If you’re 3D designing, doing CAD models and designs for prototyping and you don’t have the experience in 3D printing and you’re using an outsource, you need to be realistic in that process. Understand that it may be your design and your file that is part of the failure problem and not your hub that you’ve used or those outsource you’ve used. You need to have realistic expectations about that because not every design that is good for injection molding or another molding method prints well.

Another thing is if you’re doing something different engineering wise or some different design that you haven’t done before, and let’s say that it’s not the smallest scale object, let’s say it’s not the size of a tennis ball, but it’s more the size of a soccer ball. When you go and have that thing printed, you’ve got to wait a long period of time for that to be done. It’s going to cost more because of its volume. How can you fail fast in that situation? Can you print a portion of it and see the results and is the service quality what you wanted? Is it starting to work out the way you want it to? If you’re going to fail, how can you fail faster and fail cheaper and turn that failure into a success?

Being realistic in your process for how you do that and being realistic in what you test at any given time so that you don’t do too many things. We call it a design of experiment. Test one thing, rule that out or get it refined and then do the next thing on the list. You go through the most important critical items and fit is going to be an issue if you are going to make an assembled piece for instance. Doing them at different times or with different printers or with different outsources is a recipe for disaster. You’re going to come back and think it’s your fault and the reality is it’s probably not. It’s probably differences in time, temperature, materials and machines.

Remember our Mr. Roboto episode, and he was talking about how the fact that he discovered that there was 10% shrinkage on of what was inherent in the printing process on his machine and they had to learn to adjust for that.

I don’t often do prints like this that are pieces that have to fit like screws and nuts and things. In our podcast setup here for our microphone stands, I wanted to make a new mount because the ones that they had didn’t work on the desk or the table that we have here. I had to 3D print some threads for a male and a female, a bolt and a nut. It was tricky to get those things, the tolerance rate to get them to work. It took some trial and error, but I was able to do it. How can you do that in the shortest amount of time possible and not beat your head against the wall when things don’t fit or they’re too loose, it won’t tighten up?

This is a good reason why you may want to consider buying a 3D printer. This is one of the prime reasons why you should think about buying a 3D printer for all your CAD designers for instance, if you’re a business and that’s what you have. They should have one on their desk. I don’t think that they need to all be dialing in and making any production or making any prototype runs or anything like that. If you have a small printer like a micro 3D or one of those little mini ones and you haven’t spent a lot of money on it, but it gives them a chance to run tests on surface qualities and various little things that they want to test as they’re going along the way. They’re going to make a more successful design at the end. Otherwise, they’re going to try and get the model a lot farther along, but where they send it to the technician to be made.

This is true of students as well. I was reading an article that was of the opinion that a lot of people don’t even need to buy a 3D printer. They were making some projections about the future market and all that. I definitely think there are a lot of people that don’t necessarily need to buy a 3D printer. However, if you’re in any creative field or especially students and you’re trying to foster that STEAM education.

There’s no better way to do it than to experience it right in front of your own eyes rather than sending out to a service bureau. You could do many more iterations in a shorter period of time and at lower costs.

In our history of working, we found that there’s always this disconnect. It happens when you go to make a tool and something goes wrong, they blame engineering or design and then design goes, “It was in the fabrication process that it went wrong or in this.” You get this finger-pointing thing that happens because there’s not a direct correlation to something you did and then its output. When that printer is sitting right next to you and you’ve done that design and its output comes out wrong, you learned something immediately. 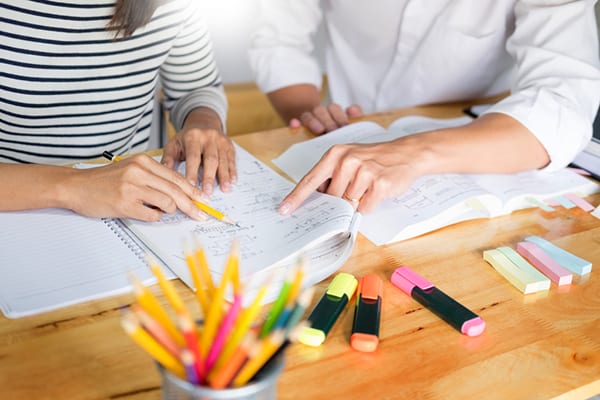 Failing Fast And Forward: Learn from others so that you can be better at what you do in producing something.

I don’t think it makes you a better designer or a better engineer or a better fabricator whatever your discipline may be. It makes you have ownership rather than throwing problems over the fence, you see them firsthand and you deal with them.

You get that direct feedback loop.

You then educate yourself better and you become perceived as someone who has more integrity and providing good solutions.

Another big case for 3D printing it yourself and failing fast, especially if your plan is to make it into a material that is expensive. If your plan as a jewelry designer is to make it eventually into a higher quality, precious metal or anything like that, you need to be doing it in a cheap and inexpensive way. Fail fast to get those details out before you go into an industrial run with a precious metal.

I know there are some jewel designers that see themselves as fine artists and how they work the metal and their gems or whatever it is that they’re working with is critical, but the reality of production of something like that, unless you’re a one off artist and that’s what you want to do, that’s fine. You’re more of a jewelry sculptor but if you’re not, you owe it to yourself to get into this modern technology and take advantage of it.

Shane McKenna, he is quite a successful engineer, artist and inventor. He’s everywhere from a painter to art furniture to inventions, patents and engineering. A lot of the things he’s doing more these days are a little more engineering related. He and I were talking about how tricky it is in some galleries that he’s tried to get some of his modern art into that is 3D printed and the galleries scoff at him like, “That’s not art. You didn’t make that with your hands. That’s not real art.” It sparked this debate, which I’d love to have with those people myself.

This is why we keep advocating for the A in STEM to make it STEAM. Hopefully, we’re not sounding too much of a broken record here. For you Millennials, that would be a broken mp3. The reality is 3D printing is another tool just like any other tool that you would use to create your art. 3D printed art absolutely has a place in galleries. Ultimately, people who buy art would not care about that. What does it matter?

People like Bridgette and 3D Technology in Fine Art and Craft, that’s her book. People like that are going out there and already making statements like that. Remember, Andy Warhol was scoffed at as not a real artist either. At the end of the day, 3D print art is going to hold up because it does take a lot of skill to create that.

Maybe the same thing has happened with other technologies in the past. Photography maybe was not considered art because you’re not painting it with a brush. Photography has been art for a long time. This too will change.

It will. We hope that you will consider failing fast and forward and still use 3D printing. Being careful with how you manage your expectations without sources. Understanding that it’s a part of the process and that their failure might be some of your failure and you need to communicate better to make that understood. Learn from each other so that they can be better at what they do in producing something for you and you can be better designing for that.

Failure is going to happen. If you fail, make it a successful one.

Fail forward. We want to make sure that you know how to reach us.

You can find us anywhere on social media, @HazzDesign.

Check out 3D Start Point as it’s a new free resource for all you in the 3D world here who are looking at getting into it and want some tips and tricks and places to find the things that you need to help you get there.

Direct use of events and companies to choose from. Thanks again for reading.