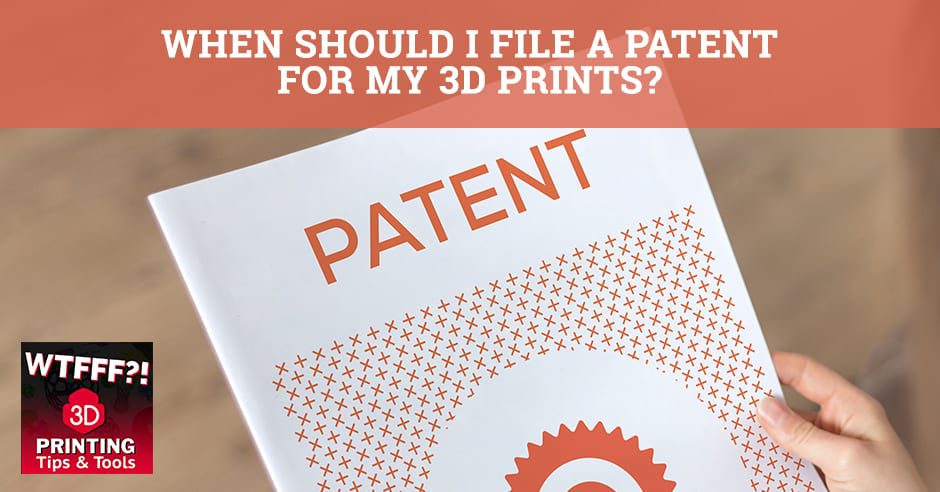 Patent for 3D prints are necessary especially when you want your designs and products to be more valuable. In this WTFFF?! episode Tom and Tracy Hazzard answer a question from a loyal listener from Brazil, Eduardo Martini who asks when should he file a patent on his 3D printed designs, and when did Tom and Tracy file for patents on their designs? This is a great question that applies to all 3DP content creators.

When Should I File A Patent For My 3D Prints?

Taking a look at recent 3D print patents for 2017 that have emerged, what the technology means for the 3DP market, and how they may or may not be successful in achieving their goals.

We’re going to do a slight retool to the Ask Us. You’ll be seeing some differences and changes. We’re going to do an episode each alone. Mine will be focused on marketing and yours will be more technical. Maybe yours might have some more video companions because we’ve done a few of those in the past. We might need to do some more because the technical sometimes needs a visual to go with it.

We had some good feedback on that, so we’ll do that.

We’re going to have guests answering questions now and again because we found that there were quite a few questions in the archive. We’ve built up a little list of questions here from all of you and some of them are technical or specific expertise areas that are not general enough for us to answer. We’re going to bring in some experts to help answer those specific questions as we go forward. You’ll be seeing a few changes as we go forward.

We have a question that a previous guest has asked before. He was also a finalist in our mentorship competition.

He’s been on the show before. He’s Eduardo Martini.

This is Eduardo Martini from Brazil. You talked about patents in your show. I would like to know when do you consider filing a patent with the 3D printing business? Did you do it for your necktie or the angel? When do you think it’s viable to file for a patent?

Patent, trademark and copyright are confusing. I get it all the time when we go to all the inventor’s events that we go to or the entrepreneur events and they’re like, “When I copyright this or I trademark that.” I’m like, “Trademark has nothing to do with your design and your product. I don’t think you understand.”

In terms of copyright in particular, there are differing opinions on this subject. A lot of things haven’t been tested in the courts now that additive manufacturing 3D printing is making an impact on this industry. Like it or not, there are questions about, “Is it legal to print somebody else’s file if you don’t have permission for it? Do they have copyright?” Eduardo asked about patents in particular. We can answer that definitively and then maybe take this opportunity to touch on the complexities of copyright as it relates to 3D printing. In terms of patents, the only kind of patent you can get on a 3D printed item like our necktie or angel is a design patent. We definitely could apply for them and could get them. We chose not to because design patents are limited to that specific design. If small amount of changes are made to it, then that design patent would not protect a derivative work of that design.

That work itself still is our origination from a G-code standpoint. Here’s where it gets confusing. If somebody were to duplicate it exactly using our G-code, then they violated our copyright on that code. From our perspective, we see that as a copyrighted design. The angel is officially a copyrighted design anyway because it’s a sculpture. It’s a sculptural object. Sculpture is covered under copyright, which gets even more confusing. Jewelry is also covered under copyright. It doesn’t have to have a patent filed at all.

There’s an argument about whether or not the necktie itself is decorative because it serves no function. It’s like wearing a necklace or something like that. That in and of itself is also covered under that jewelry sculpture. The interesting part is when you look at it under even Amazon codes or something like that, it’s under decorative accessories and jewelry. It’s not under clothing. That inherently puts it into the realm of sculpture. From that perspective, I feel strong in the opinion side that our necktie and our angel specifically are copyrighted. Sometimes, your 3D print design is not going to be that sculptural.

You’re talking about a category according to how Amazon categorizes things. I don’t know if the US Patent and Trademark Office would see a necktie categorized quite the same way. There’s definitely some debate on the subject. I think the necktie does have a functional purpose. It’s not just a sculpture. This is why there are different opinions in all this stuff.

If we were going to file, we don’t ever file the design pattern until it’s been revealed somewhere commercially. This is the case when we file it with all of our other products. Until we put it out at a trade show or we put it on our website or we sell it somewhere, until that commercial activity is going to happen, we don’t file the patent before then. You want to get the maximum amount of time as you can for having filed it. You might as well wait until the last minute.

Patents are also complicated because we know, Eduardo, you’re in Brazil and we’re here in the United States. Maybe your files are going to be used and sold all over the world. In order to get patent protection, even if it’s a design patent, you have to file it in every country. There are opportunities to file a bloc of countries like the European Union. It’s maybe a little easier, but it’s complicated, expensive and time-consuming. I don’t recommend it unless your particular 3D printed object has a unique functional purpose. There are three kinds of patents. There’s a utility patent on the function of something, a design patent on the appearance of it, and then a plant patent, it’s a different industry not worth talking about. Patent is tough and it gets confusing because the G-code is software and that is absolutely protectable under copyright. 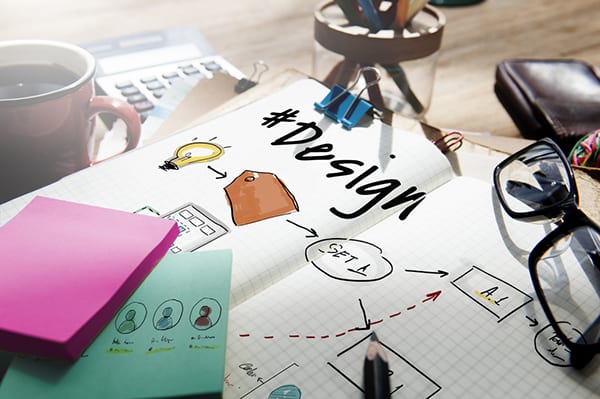 Patent For 3D Prints: Design patents should not be filed until it has been revealed somewhere commercially.

We have some lawyers that we know and we’ve consulted on this who have said, “Your G-code is copyrightable and if you have not given someone permission to print that and they do, they’re violating your copyright. The actual resulting object violates that copyright.” I agree with that opinion in general. Copyright is a much easier way to protect something. It’s easier to get in lots of different countries and it’s not expensive. There is going to be a time where there’s a lawsuit between somebody who owns the copyright on a 3D printed file and somebody who’s violated it. It’s probably going to help rewrite the laws or rewrite the precedents so that everything’s a little clearer. It needs to get improved like the music industry. They’re detailed in what you’re allowed to do and what you’re not allowed to do. It’s similar to what’s happening in 3D printing.

A revolution needs to happen here to fix it all up and catch the Patent and Trademark Office and the Copyright Office up to the digital age, and they’re not.

Anybody who does three-dimensional objects product designs for a living has been a second-class citizen in the IP world as compared to music. They have a lot of good lobbyists who wrote laws that protect them well. It’s tougher and more expensive in patents, unfortunately.

We’re going to have to see some movement on that 3D printing brought it to a head. We’re going to see some movement on that. Hopefully, that will go with the prevailing opinion that we’re hearing from many different intellectual property attorneys across the country. We have 3 or 4 that we respect. They are all saying the same thing that they strongly believe that 3D printed code is copyright and it’s going to be enforced that way.

That’s good news for all of us who are creating 3D printing content. You want to be going down the copyright road for protection and not patents.

I do want to add a little disclaimer here. We are not attorneys and we do not know the laws in Brazil for sure. You should definitely consult your own attorney and get a concerted opinion there, but from a designer’s perspective, asking our opinion, we wouldn’t do it.

Copyright is enough to protect us with our designs. That may change in the future. You don’t even have to file it. You have copyright inherently and you can register that copyright. There are some benefits to doing that. It’s not expensive if you want to do it.

I have a few copyrights. I’ve done it myself. I have a book that I wrote that I copyrighted and we also have an illustration of things that we’ve done. It’s about $50 here in the US and it’s easy to do. You file a form and they send you a copyright back.

I hope that’s helpful, Eduardo. It’s hard to capture this in a quick episode. It’s a subject we’re going to talk more about and maybe in different details and more depth as time goes on because it needs to be discussed and understood.

We’re lining up an expert for one of our future episodes.

Thanks for reading, everybody.

Thanks for asking the question, Eduardo.

We’ve had some website changes. The podcast is on WTFFFPodcast.com and also 3DStartPoint.com. We’ll talk more about those changes in the future.

You can still find us on social media everywhere at @HazzDesign.