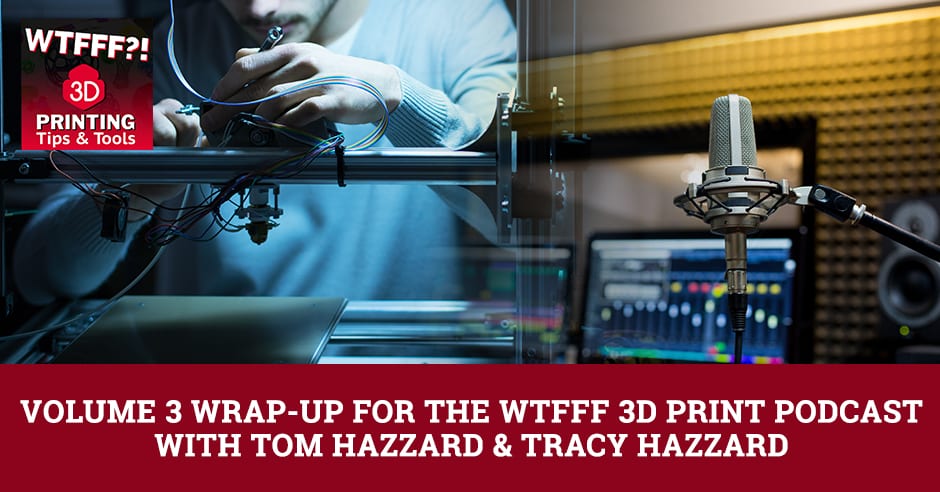 Since it first took off, the 3D printing industry has reached a certain level of maturity, and the WTFFF 3D Print Podcast has been there since 2015 to document its development. After airing well over 500 episodes since it started, Tom and Tracy Hazzard finally wrap up Volume 3 of the podcast to make way for more exciting things to come. 3D printing has always been a part of Tom and Tracy’s lives. Now, they are thrilled to embark on an even more exciting journey as they collaborate with Hewlett-Packard to do a special series. Make sure to tune in and don’t forget to subscribe!

We decided we should do an episode to cap off our WTFFF?! episodes that we’ve been doing since 2015. We stopped publishing episodes in early 2019. We ended up having other priorities in reality, in business. The desktop 3D printing industry had reached a level of maturity that we were finding it harder and harder to find new stories.

We felt like we were talking about the same things again and again. We weren’t committed to doing new projects, new 3D prints and things like that because it wasn’t a part of our core business any longer. We also shut down our design business to fully concentrate on our podcasting business, which is what we’re working on now. For those of you who don’t know, it’s called Podetize. We’ve been working on that since we started this show. We have all of you, our audience, to thank for giving us so much feedback and success that people begged us to do it for them. That’s what we’re doing now. In a way, I don’t miss it because now it makes the design part when we do it a lot more fun.

We’re still 3D printing every day. Our 3D printers are running in our office.

We’re usually 3D printing mic flags, which we have an episode on.

These are mic flags that you can change your logos out on and brand your videos with. We’re 3D printing other things that we use in our daily business so we don’t have to injection mold them. It’s a small production run 3D printing.

It’s a lot of fun. I like that we’re designing for us more than for others. We thought it was a good idea to create this little episode to wrap up the big series of WTFFF?!, but there’s more.

I’m excited about this. Hewlett Packard came to us and said, “We’d like to work in collaboration with you and do a series together.” We’ve been working on it for months. I’ve been working on it predominantly in terms of the planning all the interviews, scheduling and getting everything prepped. We’ve been recording for some time now. I’m learning many new things that I’m getting excited about 3D printing again. We’re thinking of like, “Will we restart a business in 3D printing someday soon?”

WTFFF 3D Printing Podcast: The desktop 3D printing industry has reached a level of maturity that it is becoming harder to find new stories.

Maybe we will. Maybe we won’t. I know that 3D printing is certainly a part of our lives and our business is going forward in one way or another. I don’t see that changing.

I don’t either. The 3D design process and the things that we know about design management, process flow, 3D end-to-end like trying to do it on both sides with digital manufacturing, those things aren’t going to change. When we hear all the things in the marketplace about people who are like, “When my supply chain shuts down, I can start digital manufacturing,” we knew that. All of you out there are going, “Yeah, we already knew that. That’s why we were able to get up and running quickly.” That’s where I’m sitting back thinking, “We keep using all the things that we learned throughout the years.”

Some of the impacts of what we’ve learned from these episodes and from the various people that we have to tap into to call to get things done or to find out things, I’m grateful to all of that and our audience for sticking with us and for our audience who just found us and are going through it. I can’t wait to bring you this bonus series. It’s going to be 25 episodes. Do you want to give them some sneak hints about the things we’re going to talk about?

It’s 25 episodes with all-new interviews with new people that have never been on WTFFF?! before.

Most of them don’t do anything that’s not private webinars and public anyway, so they don’t talk to the public that often.

There are a lot of things in and around HP’s technology with their multi-jet fusion 3D printers. It’s not limited to that by any means. One of the things HP has done is they’re fostering a lot more development for the entire 3D print industry and community. It’s not just all about HP. That’s one of the things I’m excited and impressed about. There’s a whole lot to discover, new things about software, for creating CAD and designing things.

About the education process, it’s segmented to create, educate, manufacture and build. We’ve got a lot of those things. There are lots of themes, trends and industry ecosystem things that they’re working on. I can’t wait for you to know about it. Up your subscription, make sure that you’re getting it pushed through to your device so that you don’t miss out when it comes. You’re going to start seeing the first of the series coming through probably. I want to mention that it’s also going to be a separate section on our website. You’ll be able to go there and find out information. It’s 3DStartPoint.com/HP.

If you’ve been tuning in and/or bingeing through WTFFF?! episodes these days, meaning you’re a relatively new audience and you’ve been going through them, you know that there was a volume one of the earliest episodes. This episode is the end of volume three. The original WTFFF?! 3D Printing Show, if you’re a long-time subscriber of that, you’re going to see and get when the new ones start publishing automatically. If you haven’t yet subscribed, make sure you go look that one up on your favorite podcast app, subscribe and then you’ll get them off. 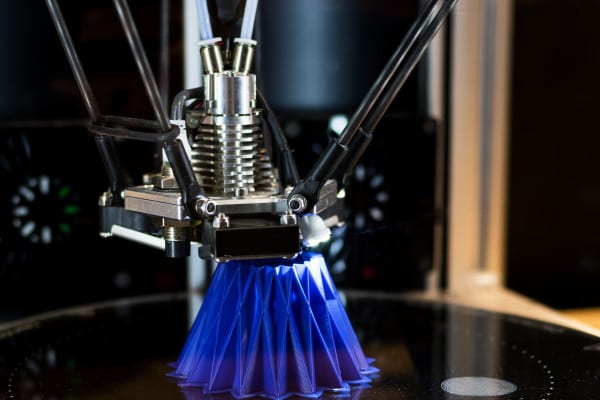 WTFFF 3D Printing Podcast: The upcoming special series sponsored by Hewlett-Packard will be 25 episodes of content that digs deeper into where 3D printing is today.

We were getting a few people who are saying that they weren’t able to see some of those earlier episodes. They wanted to reference various projects or things that we worked on because sometimes we’d reference them later in the show like, “We did this episode.” The only place you could find was a blog. It wasn’t as convenient for you to tune into when you’re mobile. That’s why we’ve created the volumes for you. You have volume 1, 2, 3 and now the new special series sponsored by HP.

Thanks again for being an audience of WTFFF?!. We do appreciate it. We’re looking forward to what the future holds. This new series with HP may be a model for how we may do things in the future. Twenty-five episodes, that’s certainly a great body of content to dig deeper into where 3D printing is now.

Thanks for being here. We appreciate it. We look forward to seeing you in the new series.