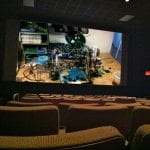 Unless you have been living under a rock, you have seen 3D printing in pop culture. Whether it's been on the big screen or small screen, 3D printing has been used in growing numbers of movies especially in the sci-fi and action realm as well as been referenced to in many television shows. Much of this 3D printing is done at a very high level and not typically what you could do with your desktop printer at home, but recreating some of these items is possible as we have discussed before. We have … END_OF_DOCUMENT_TOKEN_TO_BE_REPLACED