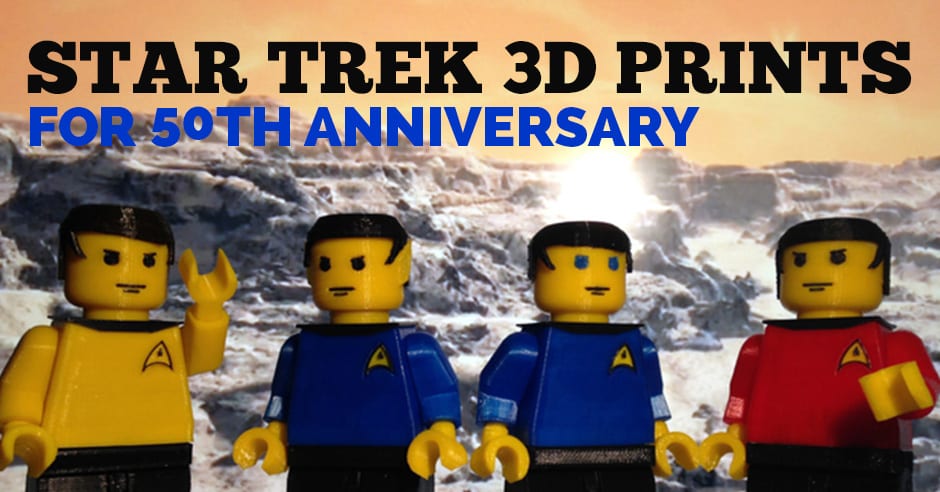 As you know, we are no stranger to 3D printed cosplay, and the fact that this year marks the 50th anniversary of Star Trek got us thinking of Star Trek 3D prints to step up our cosplay game. Some of these designs would make for great Halloween costumes this year or as part of a cosplay costume for Comic Con next year. Other 3D prints for Star Trek 50th anniversary are for more than just one day and include jewelry, home decor, and even games.

Our favorite Star Trek 3D prints have to be the wearable items that take a cosplay outfit to the next level like being able to print Spock’s dagger or Geordi Laforge’s visor. You can even print your own Star Trek uniform insignia or the extremely high tech looking (for the time) ear piece used by Uhura. 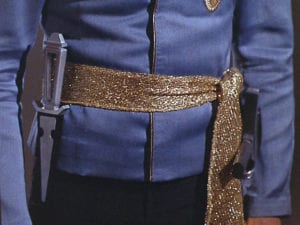 There are lots of Star Trek 3D prints that are quite pretty as far as wearable items go, what I’d like to call “geek chic.” Especially when printed in a higher quality material like some of the metals that Shapeways has to offer. There’s an entire Shapeways shop, Trekkie Treasures, that has created really beautiful jewelry pieces in the Vulcan language that’s half from the show and half from the fans.

Live Long and Prosper Ring by Trekkie Treasures on Shapeways

That last one leads us into a who category of Live Long and Prosper themed items, and even a little tv show fan-dom blending with everyone’s favorite scientists on the Big Bang Theory.

Live Long and Prosper by wesman on Thingiverse

The last of our top Star Trek 3D prints go into the more knick knack realm, but with a surprising shelf support design that isn’t overwhelmingly “Trekkie.” I even like the Star Trek themed guitar pick as another way to say that you’re a fan of the show in a more subtle way than going all out when a Comic Con comes to town. The Starship Enterprise keycap for your keyboard is so cute and I think it’d make a great 3D printed gift inspiration, or you can check out The Gizmo Bazaar for other non-Star Trek designs for your keyboard.

Voyager Cherry MX Keycap by The Gizmo Bazaar on Shapeways

Be sure and tag @3DStartPoint with your Star Trek 3D prints or 3D printed cosplay items anywhere on social media!