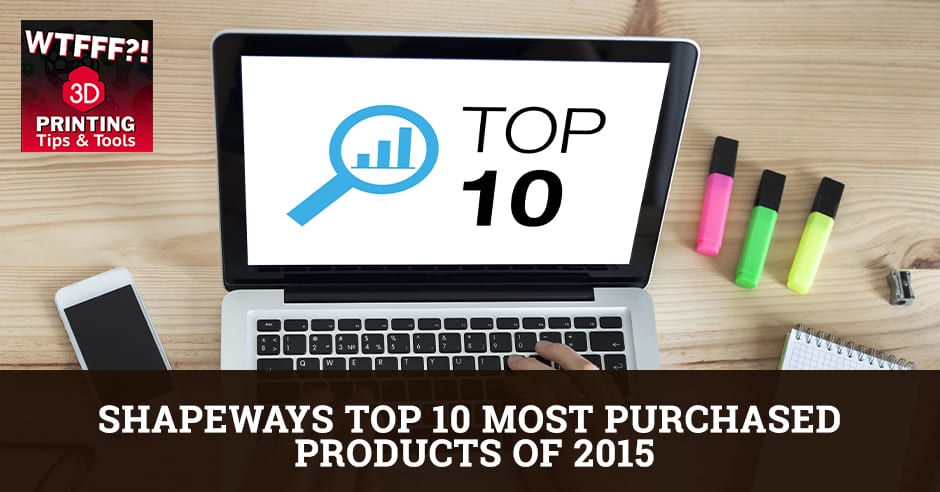 In December 2015, Shapeways published an article about the top ten products that were purchased that year. For those unfamiliar with Shapeways, they are a global leader in advanced 3D Printing solutions by leveraging a network of cutting-edge digital manufacturing and material partners. In this episode, Tom and Tracy Hazzard give a rundown of the contents of their 2015 report. Surprisingly, the products mentioned are not what were expected. This leads to a discussion on how the market is faring and how close it is to tipping. This also brings about the question of what should be done in order for the market to progress.

Shapeways Top 10 Most Purchased Products Of 2015

This is the Ask Us Anything segment. This is a question we asked ourselves.

On Christmas day, it was published that Shapeways announced it’s Top Ten Most Purchased Products In 2015. These are all 3D printed products. You find them on Shapeways. Which ones did people buy the most? I was shocked when I saw what these are.

What it says to me is the commentary that Shapeways is not the place for mainstream 3D printing shopping.

For consumers, for sure it’s not. When people go out to retail stores or websites like Amazon or Etsy, what do they buy? What people buy there has nothing to do with what people are buying on Shapeways.

There are a lot of replacement parts. There are Fitbit pocket clips, which is the number one item probably because the thing gets washed and you have to redo it about twelve times. There are Microsoft bands, charging stations and three GoPro mounts.

That is one of the top purchases so there are a lot of people who have that helmet.

A lot of people shop on Shapeways have that helmet. There’s a meme, but surprisingly, only one. I thought there would be more. We expected to see a corgi there.

I was thinking Eric Ho with his following would be one of the top ten.

I thought he was going to be there but he didn’t make the list, shockingly, which says how money does that sell? I have no idea. Three others are gaming-related things like dice and some board holder and there’s a bumper for Moto 360. It’s a lot of accessories and replacement parts.

Obscure for you and me. They’re geeky is what they are.

There’s nothing wrong with geeky.

It shows you at this stage a still narrow focus for 3D printing. It’s narrowly still a nerdy, engineering, geeky-focused audience and it’s not mainstream. Shapeways is not mainstream. That’s an interesting tell. It’s nowhere close to tipping in 2015. I commented on someone’s LinkedIn post about whether or not 2016 is the year that 3D printing tips. I can’t say. It’s not going to tip in 2016, it’s too soon.

We’re definitely looking at a year or two out still. That’s what we talked about with Joel Telling, the 3D Printing Nerd about when is it going to be common that my mom and your mom will 3D print something? For people who don’t have CAD skills, there are things that they want to buy and that they can go on a website and decide what color they want to print and do minor manipulation to personalize something. When is that going to happen?

There’s no demand because they haven’t reached out to that audience and they’re not providing the content that mainstream consumers are going to be interested in.

We gave out angels for the holidays and I can’t tell you how many people said to me, “That’s 3D printed? I’ve always wanted to see something 3D printed.” “I’ve always wanted to hold something 3D printed.” Someone’s out there looking for it and if they say, “Go to Shapeways. There are tons of 3D printed things.” They look through it and they see this and they’re going to go, “I don’t want 3D printing. 3D printing is dumb.” That’s what I thought. I get, “I never imagined 3D printing would look this beautiful.” 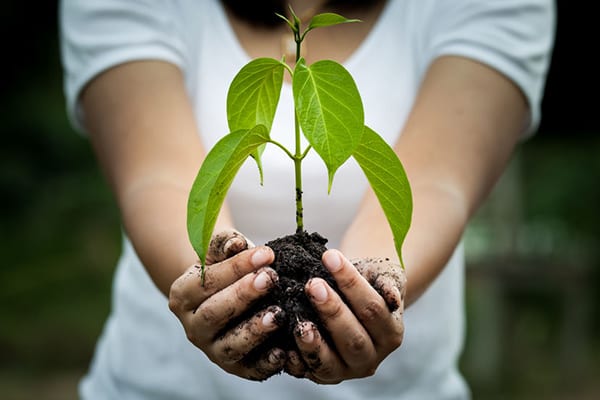 Shapeways Most Purchased Products: In order for the market to get out of the engineering, prototype, and 3D converted community, there has to be more significant shifts in what people are doing in the ecosystem.

Shapeways is an indication of the fact that we’re a lot farther away than we think from getting the market to tip and that some concerted effort needs to be done by the industry to do something about it. These design libraries, Shapeways need to do something about it. You can’t depend on the designers who are within those libraries to do something for you because they’re going to go exactly like Eric Ho talked about. He goes where the market is right now because he has to make money now. He’s not making money tomorrow. He doesn’t care about that but Shapeways needs to still be in business tomorrow. They need to care about that.

MakerBot and 3D Systems gave up on the cube already because they don’t see the consumer market in place now. They’re giving up without even trying to make an effort to build a community and a consumer market for themselves. That’s short-sighted. Maybe it’s smart business for them and we’ll discuss that in another episode but it is pragmatic in that there is a lot of consumer interest. You and I know that because we know consumers. We know what consumers want to buy. We do it every day. I could tell you right now there’s a huge market for 3D printed items. There’s a market for it but not these items.

That’s the opportunity because think about it, if you create the 3D printed products and people maybe initially they’ll care because it is novel, “I’ve wanted to try something 3D printed or see some 3D printed.” At the end of the day, consumers aren’t going to care if it’s 3D printed. They care that they’re getting a product that provides value to them. That maybe is not as vanilla as everything that’s in mass-market retail now. A little dig and you get something slightly different from somebody else, not the exact same thing.

If you put the right product there, people want things that are unique, special, meet their needs and better ways than products can. Here’s the great thing, when retail understands this, has kiosks and maybe hybrid products, they have something they carry but you embellish it with something else that’s 3D printed on demand. Now, you’re providing something, and you don’t have to carry inventory. That opens up a world of opportunity. You don’t have to tie dollars up in inventory. Tie dollars up in creating content that you print on demand as people want it. That makes sense.

People don’t care. Nobody cares that something is CNC or 3D printed. Consumers do not care how it’s injection-molded, roto-molded or is it vacuum form. They do not care about that. They care about what is the end result.

How does this product provide value to me?

That is to me why Shapeways will never succeed. They can succeed in being a service business to a retailer.

They could be the backend.

They will never succeed as a storefront beyond this geek market because what’s going to happen is, they have to become so mainstream in their product offering and everything that they do. They have to understand retail. They can’t understand retail while they’re trying to understand 3D printing. When you only offer one type of production, that’s not what you get at mass-market retail. That’s not what you get at retail in general. You can’t only have one material and one production method. It would never work in retail.

I still believe that it’s going to happen, that the market will tip at some point. We agree that this Shapeways report points out that the market is still premature. It’s a lot further away than maybe we hope it would be. For the market to get out of the engineering, prototype and 3D converted community, there have to be some more significant shifts in what people are doing in the ecosystem.

It has to be a significant investment. That’s where the emphasis is. They have these investment groups who’ve spent tons and tons of money investing in technology that has no market because no one has invested in building a market.

Maybe we see it with some of the companies in 2015, the big 3D print companies that have been suffering a bit and their stock prices and some of their line changes. They’re making moves and management changes. We’re seeing the results of not seeing the future market and maybe some of the saturation of the prototype and engineering market.

You can check the Shapeways Top 10 in 2015. If you have any feedback or anything you want to tell us, you can email us at those websites at Info@WTFFFPodcast.com or Info@3DStartPoint.com.

You can reach out to us through social media, Facebook, Twitter and reach us as well @HazzDesign.

We’d love to see what you printed, too. Instagram us.

Let’s serve them up. We may talk about it on a podcast. If you let us, we’ll put it in our show notes so that people can see it. What are you printing that’s relevant? Thanks for reading.