A new round of upcoming expiring 3D print patents is on the forefront. We are excited about what this means for the advancement of desktop 3D printing in terms of metal and laser sintering processes. Also breaking down what types of royalties to expect as inventors of any type of patent.

I am an intellectual property guy and I do love patents, and these upcoming expiring 3D print patents have caught my eye in particular. I don’t think patents are the be all and end all, but patents have been a natural thing that happened in our career. I started inventing things even though I am a designer going all the way back to when I was in high school. Patents interest me a great deal. It is a big deal here in the 3D print world because technology is advancing – we got desktops. When the old technology patents expired, it started to put in the 3D print development and it started to accelerate. The intent and mentality of a lot of the companies like Stratsys and 3D Systems that invented the earlier technologies or bought these technologies and developed them, they were trying to keep them in the commercial world. They knew it was hard to bring into the consumer world. They wanted to make as much money as they could. 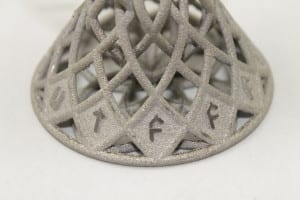 But then a round of expiring 3D print patents occurred and the RepRap movement started and all sorts of things happened to bring about what we all know now as the desktop 3D printing industry that started in 2009. That is great, but there is news that there is another fundamental patent in the different area of added manufacturing that is going to expire in 2016. There are three expiring 3D print patents on the way. The first of the expiring 3D print patents is laser melting, which is used for metal 3D printing. Metal 3D printing is very real, and we interviewed a couple of companies that do it on the podcast in the last 9 months. We had some parts that were 3D metal printed, and it is very cool. I love what it does in the aerospace industry. It has real practical applications. It is not the cheapest, but it is cheap in aerospace. For your average person, metal 3D printing is very expensive. There are some companies where you can buy the extra space in a batch that is going to go and get a deal.

It is a really cool idea. At least, they are making cost come down in that sense. I think, when cost comes down in metal 3D printing, we are going to see a whole new set of products that we have never been to do before thanks to these expiring 3D print patents. We will achieve a whole new set of prototypes that we have not achieved before and make them cost effective, and do some small run manufacturing. It is a great opening for a lot of product and industrial designers.

I hope a company out there goes and takes the opportunity to produce a lower cost in a garage level of 3D metal printing due to these expiring 3D print patents. That opens a ton more possibilities of material and what makers can achieve. I see this thing to be a very artistic player. There are lots of jewelry designers wanting this. There is a big market for this within the group. I think the idea of making smaller manufacturing even at an industrial service bureau, if the costs are coming down in the machines, that will serve us well in terms of doing small runs of utensils or things like that that we have talked about doing before.

In this case, we are talking about expiring 3D print patents and new ones coming in, the industry that we have today is a really good model. I don’t always necessarily believe this, but in this case, I do. It is a good model and a good predictor of what is to come with these expiring 3D print patents. The entire desktop 3D printing industry latched on to technology that became available when patents expired. It will continue to grow and get more affordable as these newer patents expire. It is true that the companies that file for these patents and the inventors that involved in filing these patents are going to expire have go on far beyond the original patents today and made more improvements and advancement than the claims that are filed there.

They will still have an advantage because they have lots of experience doing this and they helped to get it to where it is today. There is going to be a flood of other people that jump in, experiment, and learn. There are going to be new companies created and new company divisions to go on and do metal laser sintering and other kinds of processes even with plastics. It is going to be a wonderful thing for the industry. It is going to grow again. It is going to be this explosion of technology that is going to come out in the next two to three years. 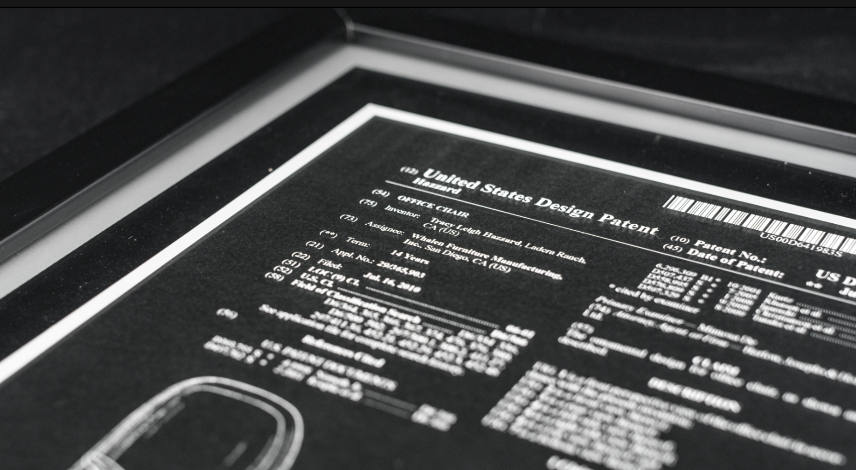 In the Tech Crunch article, they highlight how much Formlabs pays 3D Systems for every product sold in their royalty. This may seems extremely low to a lot of people out there. They only pay 8% of royalty to 3D Systems. Inventors are lucky to get 2%. If you have a really exceptional patent, you might get 5%. If you are really in handcuffing somebody, you get 8 to 10%. For any of you who thought that it is going to be higher than that, this is what it means in the invention world. It is actually very low. 8% is an enormous royalty percentage for this type of situation in a big corporation. Many corporations at the end of the day struggle to have an overall profit margin in their entire company after overhead and all the expenses of 8-10%. They struggle to achieve that.

There are some companies, Apple is the most profitable company in the world, and they make crazy margins and they deserve to have more after everything that they’ve developed and what they done. Profit margins of products a lot of times are in the 25% to 30% gross profit for the company. We try to achieve more than that. We try to achieve 75% profit margin if we can for our clients. If you start with 25% or 30% net margin of a product, there are also companies that have thin margins like in technology companies. When you have a gross margin of 25% or 30%, then you take out all your overheads, marketing expenses, sales commission, worker compensations, and sales commissions, this is all where it gets whittles down and companies even gets middle single digit like 5% or 6% net profit at the end of the day.

That is typical product based company. Not service or tech companies that are in the higher stratosphere of pricing. Normally, when you get an 8% or a 10% royalty on something, it is because you are adding lots of brand value and sales value. That might be when you license Disney. You pay them 8% to 10%. Disney can command very high licensing for their characters. They have a lot of value. That is a different kind of economical animal. The reality is that they are only adding a technical feature and no brand or sales value at the end of the day for sales boost for having this future in it.

That is what they managed to command because otherwise, they would not be allowed to sell it. Inventors, if you get 2% to 3%, you should be really happy about it. Take it and run. I have seen lower. At the end of the day, that 2% or 3% that you are going to make if you license a product versus what you will make and all the hard work that you have to do to achieve a higher percentage if you built your own company around and do it, and you might also have a smaller market than the other company will achieve with the license, you are almost always better off with the lower percentage in the license. It is called a return on investment through time thinking. You would rather have those licensing dollars in your pocket without spending all the time, energy, and effort, and all the cost that you have to expend and all the risks that you will be taking along the way.

You usually get two out of three:

It is promising that more features are going to be opened up because of these expiring 3D print patents. That is a good place to be in. I don’t want to be over excited about it because the reality is that these are old patents. A lot of changes have happened anyway in the market and you can see what is working and what is not. The whole laser process is a huge patent to be expiring. I think that in reality, what we have seen in terms of products in the Maker community with the Glowforge sort of personal garage or home laser cutter, which is a cool tool that I want to get, it lasers in a desktop application. It is not science fiction. They are real. We can do that now. I am looking forward to it and I am excited with these expiring 3D print patents. We will let you know about it.