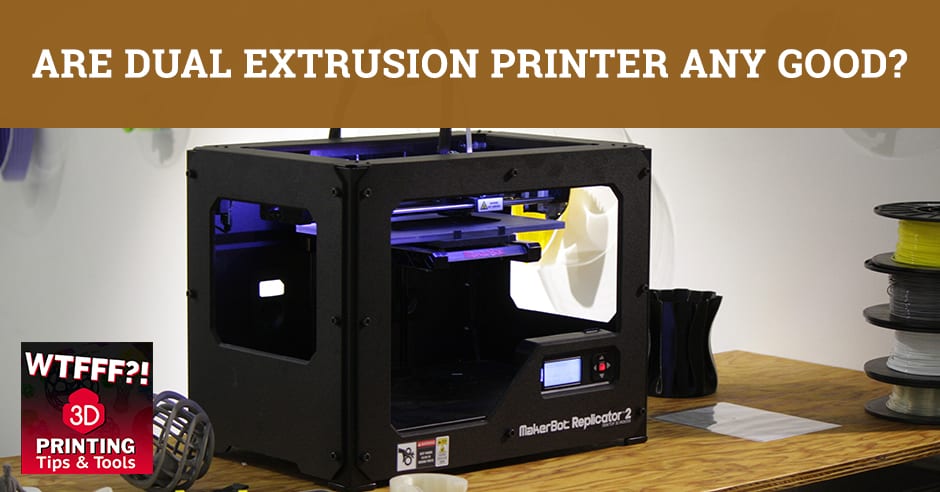 Are dual extrusion 3D printers any good? When Tom and Tracy Hazzard went to the FabLabSD Makerspace meeting, they were told by 3D printing expert, Alan MacAfee, that they are exponentially complicated because they are not as good. Proving Alan to be correct, Tom and Tracy share their experiences as to why dual extrusion printers are not so good for them but also shares some scenarios when it can be good.

Are Dual Extrusion Printer Any Good?

This is a good question we have, “Are dual extrusion printers any good?” I understand why the question is raised quite that way.

There’s a perception out there. When we met in the San Diego Makerspace, Allen McAfee, he said specifically the dual extrusion printers are exponentially complicated and because of that they’re not as good.

They are a lot more complicated and Allen was right. I think that was Fab Lab, San Diego. We had a great meeting with them. They have many different printers there that they use. They also have a bank of entry-level ones that anybody can use. Printing with a single extruder is hard enough to learn and get through the learning curve. We did it with a MakerBot. Now we’ve gotten to the point where it works very well for us, but we hungered for more.

We did buy a dual extrusion machine. The first one we bought, we returned because it didn’t seem that it was going to be able to meet our quality expectations for our kinds of prints. We bought another one. We’ve struggled to get a quality two-color print that we feel is good enough quality.

We were successful at doing that.

To be honest with you, if you hadn’t hacked the machine, it wouldn’t have worked.

That’s true because the machine wasn’t suited well. We used a PLA and PVA support material, which is the PVA is inherently soft. It’s not a very rigid filament. I had to make a little fitting so that our machine would push that soft material through properly. It jammed up with the first few times I tried to do it. 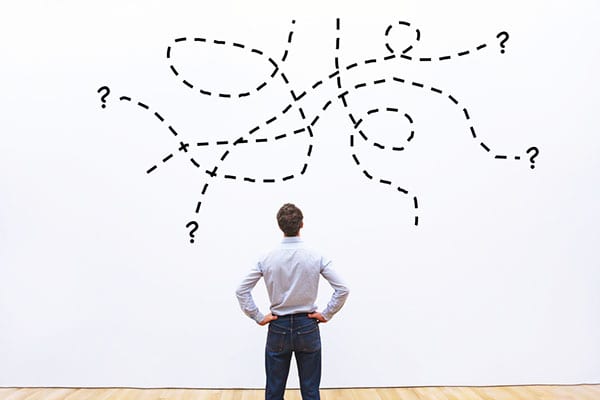 Once you did, it worked absolutely great. It looked good. It was easy to take off and all that stuff works. If you need that, maybe a dual extrusion machine is for you. What we find is it’s complicated to design for. There are many things that can go wrong in the leveling.

To me, it’s more on the machine side. It isn’t even design as much. Even the software for dual extrusion is pretty easy to understand when you bring in the two parts and match them up. You’re going to print them with different settings. That’s even not that hard. The machine itself, keeping more than one nozzle absolutely level with each other and co-planner to the build plate is not as easy as it should be.

It’s already hard enough with some filaments to keep it from filament jams, problems with filaments and other things like that. Now you have two nozzles that could possibly go wrong. For us, we do sometimes all-night prints and you’ve got one to worry about and chances of it going wrong can happen easily. Now you’ve got two that can go wrong. You have those problems as well. I find it frustrating and I’m disappointed that it’s taken us six months. It’s like the same learning curve we went through to learn to 3D print the first time.

I’m afraid that maybe there are better machines that have different technology out there that we could have bought that would be working better for us. For instance, there are some other machines out of the Netherlands that we’ve seen. It’s a Dutch machine and they have one extruder but two different filaments feeding into it. You can feed one while you’re printing one color. It pauses, retracts that material all the way out and starts feeding the other one into the same nozzle. That simplifies things tremendously. One of my biggest problems is I’m printing with extruder A and it’s a white material, then I’ve got extruder B with a red material that is still oozing out of it a little bit. It makes a mess on my white print or in the early layers of a print, it will actually cross over it.

It can pick up some of those first few layers before they get well established on that build platform and lift them off the build plate and whole print is ruined. There are some inherent issues with multiple nozzle printing that these new systems seem to resolve. It’s very promising and there is a hope for good quality FFF dual extrusion. At some point, it’s going to go to be quad extrusion for filaments and more in one print. Dual extrusion, you just have to know what you’re getting into. Maybe it will work for you and it will be fine, especially in the support situation and if you’re trying to do multiple color prints.

It’s not a starter thing. Don’t make it your first printer. We would have given up 3D printing if that had been the case.

We strongly caution against that as a first printer.

Anyway, good luck with that. If you’ve got something out there that is great opportunity for adding color to 3D printing because that’s what we want. That’s our ultimate goal. Do we care if it happens in a dual exclusion system? I don’t think it does. We want color. If you’ve got something out there, a tip you’d like to give us, that’d be great. You can go onto our send voicemail, which is usually our Ask Us Anything link. You can send us a voicemail, send us an email, put out a product review request. We’re happy to look it over because we’re interested in this and we want to expose anyone who’s having the same problems as we are to new ideas and new materials. You can do that on HazzDesign.com.

Any of our pages has a little send voicemail button or you can send us an email. You can reach us anywhere in social media @HazzDesign.