One of the most unfortunate side effects of urban advancement has to be the continued disappearance of animal life from most of these spaces. But the 3D printing community is finding ways to bring the ecosystem back into balance by bringing animal life back into urban developments. Tom and Tracy Hazzard take a look at some designs for 3D printed nests created as part of a global initiative, The Printed Nest. Providing areas for birds to nest allows these animals to find comfortable spaces for themselves in areas where they don’t go anymore. Could this project be enough to bring the birds back into the city?

Happy Earth Day – today we certainly have a different type of project creating 3D printed bird nest designs to bring birds back into the city.  This one was hard to come up with because Fridays we usually highlight a design and it’s been tough to find one that we thought was really appropriate for Earth Day. Monday we talked about business issues in going green and there are so many ecofriendly attempts going on with filament where we had a couple episodes this week with filament things and I think that has been great. In terms of design, though, it’s been tough, but we have selected one and we hope you enjoy it. It’s an urban development involving 3D printing.

With these 3D printed bird nest designs there is kind of an issue, because you are printing it in plastic and you are asking birds to go into it.  But, not every bird builds their own nest. We are lucky here in Southern California that we are in the path of the swallows from San Juan Capistrano which no longer actually go to the Mission. Either that, but there’s just so many more swallows that there is just not enough room for them all in San Juan Capistrano. We live about 20 miles from there and we have a swallow that has made it’s nest on the side of our home for the last two years, and it makes a heck of a mess while it’s breeding. It’s disgusting actually, all the mess it leaves on our patio has made me have to drop a piece of cardboard down to keep it from building up. I actually think we need to make a nest, or a catch for underneath the nest. 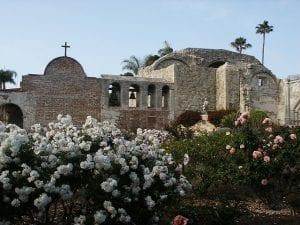 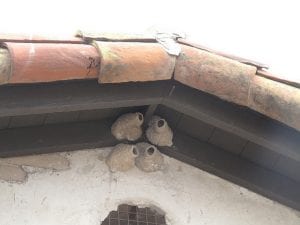 Swallows, in this particular case, they like to build their nest in the same particular place all the time. Over the years they have shifted over time from building at the Mission, something happened with the warmer weather and climate change is the theory, so not only do they not come back every year as predictably but their migration pattern is slightly off course so they are not hitting the Mission to build their nests. So we have ended up with this random swallow has taken up to building it’s nest in our eaves, and they are extremely messy. Even if you knocked it down, they would come back. We didn’t knock our swallows nest down, and this thing isn’t your average twig and leaves nest. It’s pretty concrete and whatever they make it out of it’s like it’s the same stucco the house is made out of. 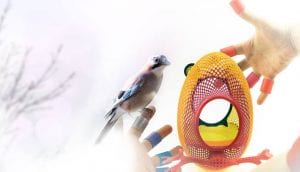 Anyway, these 3D printed nests are shaped pretty similarly to the swallows nests. It’s meant to be nested into the walls or up against the eaves of your house. They are a little brightly colored, so maybe that might not be the best for the birds. Earlier in the week we were talking about making that grunge sort of color from DIY recycled filament, the color recycling your old filament would probably make would be great in this case. So I take back what I said earlier, the grunge color would be perfect for making one of these nests! Recycle your plastic and make a nest, now you have an Earth Day project.

When I think of a nest, I always think of when you see those 3D printed fails, they kind of look like a nest. I think the idea of a 3D printed nest is kind of logical idea. There’s a strange irony there. You can make a nest on purpose or as a print fail. There are a lot of interesting nest designs, some of them are really solid on the outside and some are more mesh like where you can see through it. One of the things I like is where they have integrated into these nests for the birds is a perch. In some designs it kind of looks like deer antlers, but they have created a place for these birds to come sit and land or just sit outside their nests. I didn’t realize that in urban development that there was a problem of wanting to bring birds back to the city, like in New York or something. I don’t know because I don’t live there. 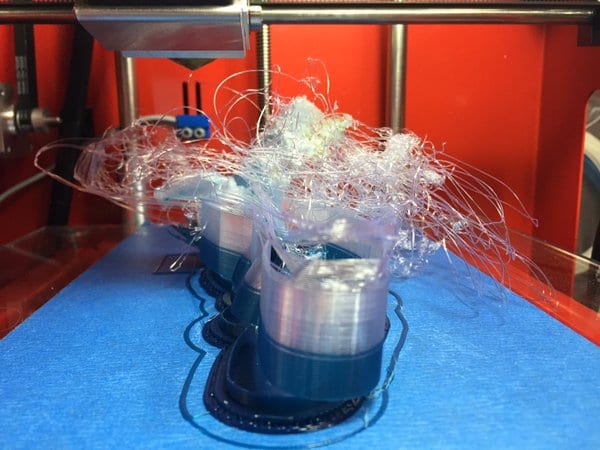 Their goal is to do this all over the world, check out their website at printednest.com, and they have a community where you can sign in and post a picture of where you put your bird nest. There’s 150 bird feeders in 114 cities in 38 countries around the world at time of this posting. It’s very cool, and it seems to have started over in Europe, looking like the first one was in Finland. It’s a really interesting idea to do this, to bring the birds back to the city and it’s so critically important. I also think it’s a really interesting project connector, which I like. It’s building a community, it’s using 3D printing to join that community, and to provide a benefit to wildlife. It probably keeps birds from nesting in places they probably don’t want them to around the city. People get creative and riff off the existing files that are provided and get creative in creating different designs for these.

We always forget to mention our Pinterest site when we say to check us out on social media, but anyway I followed The Printed Nest on Pinterest, and it’s really interesting as well. You can check out the installations, the materials, the projects, some of the people are making them out of filament that is very grunge, and a lot are in beta as they test them and see how it’s working. It’s a great project idea as well, maybe at a school where students are doing some classroom project – it’s a free file you can download, learn from it, add to it, enhance it, embellish it. They are meant to be made off of FFF 3D printers, in their video they show it being made off of Makerbot Replicator 2 which is an older printer, but any standard FFF or RepRap printer would be fine as long as you have a big enough build platform.

It reminds me of this squirrel and bird feeder my great-grandma had. The squirrels kept getting into the bird feeder so she was always trying to find a way to feed both but to keep the squirrels away from the bird feeder. One of the ones she had was this contraption that kind of looked like a windmill or a propeller with a pole and then another pole mounted on a rotating pivot point on top of that pole. There was a cob of corn at each end so that the squirrel would climb up to the center then climb out to each end, which would make it whip down due to gravity. I kind of felt like it was squirrel torture, like to teach them to stay away from the bird food. It was really crazy when you had two of them going on it and then that thing would really whip around like a propeller.

The idea though is there is a lot of fun and innovation in doing that, and you could really riff off the design that they have done and turn it into some great things that solve problems like this one for birds in the city like where they are located, how they protect themselves from the other animals like squirrels in the city. There is a whole host of problem solving design that could come out of this. Here in California we have so many hummingbirds and they all like to go after the birds of paradise flowers because of the nectar those flowers have, and our kids love to watch how they hover and you can barely see their wings flapping, it would be interesting to come up with a different kind of hummingbird feeder and try to bring more nature into your environment. I believe it’s the Egyptian belief that hummingbirds are our ancestors looking in on us, and I love that I can think it’s my Nan or Grandmother or Pop looking in on me.

Lots of great projects to be had here and really great projects. I like that it’s something that can enhance your homes. Even from a science teachers perspective, teaching about birds and different types of ways that birds nest. You could research that and them have the students design and 3D print a nest. It’s an awesome project and really useful in both the research process and the making process. Or even to design a different type of nest, like a frame work nest for birds that like to use different types of found objects to create a nest but they need a place to do that in. Obviously they usually do that in a tree, but the problem with that in the cities is that they basically build out areas that birds won’t go in because it’s so flat, so it’d be cool to make it possible for the birds to do that. Only need to figure out a way to keep the sidewalks below from getting messy and make a catch all to solve two problems